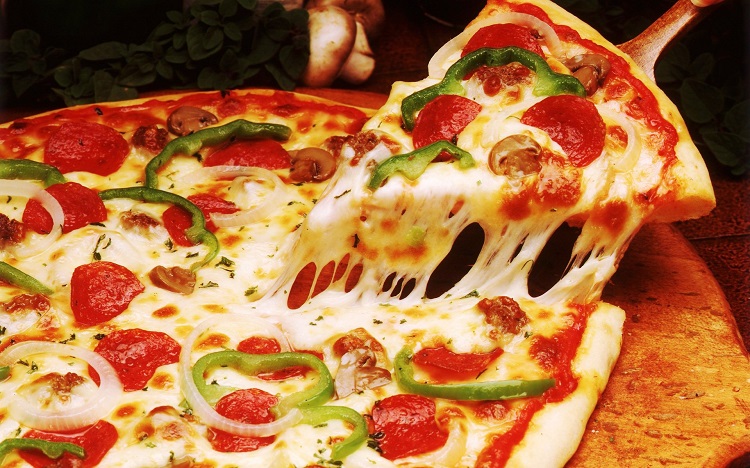 Pizza, dish of Italian origin consisting of a flattened disk of bread dough topped with some combination of olive oil, oregano, tomato, olives, mozzarella or other cheese, and many other ingredients, baked quickly—usually, in a commercial setting, using a wood-fired oven heated to a very high temperature—and served hot.

One of the simplest and most traditional pizzas is the Margherita, which is topped with tomatoes or tomato sauce, mozzarella, and basil. Popular legend relates that it was named for Queen Margherita, wife of Umberto I, who was said to have liked its mild fresh flavour and to have also noted that its topping colours—green, white, and red—were those of the Italian flag.

Italy has many variations of pizza: Roman pizza often omits tomatoes (an early 16th-century import) and uses onions and olives. The Ligurian pizza resembles the pissaladière of Provence in France, adding anchovies to olives and onions. Pizza has also spread from Italy throughout much of the rest of the world, and, in regions outside of Italy, the toppings used vary with the ingredients available and the flavour profile preferred.

Fill out this form to make a reservation